The Herlitz name has been associated with demand forecasting and inventory replenishment planning since the advent of business application software. From the first custom systems of the 1960’s running on IBM mainframes through today’s 9th generation, HIMPACT, the goal of each system has been consistent— create higher value. Each system leverages current business knowledge and the technology base to provide innovative new methods and techniques to help our customers lower their inventory and better serve their customers. 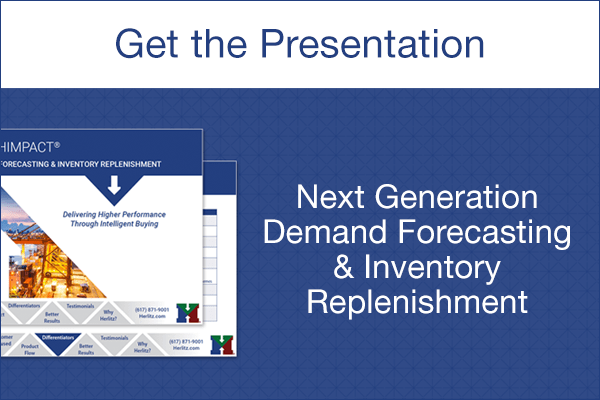